We are often asked, "Why did you choose to write the biography of a rather obscure writer called Dan Billany?"

Well, our interest goes back nearly 60 years, to when we were about nine or ten, close friends, living in Hull and sharing an enthusiasm for reading. Every Saturday morning we would visit the Children's Library, which at that time was in the middle of a bomb site. We can't remember which of us first discovered The Magic Door, by Dan Billany, a thrilling adventure story which caught our imagination from the start, when one of us returned it , the other withdrew it. No other child got a look-in! 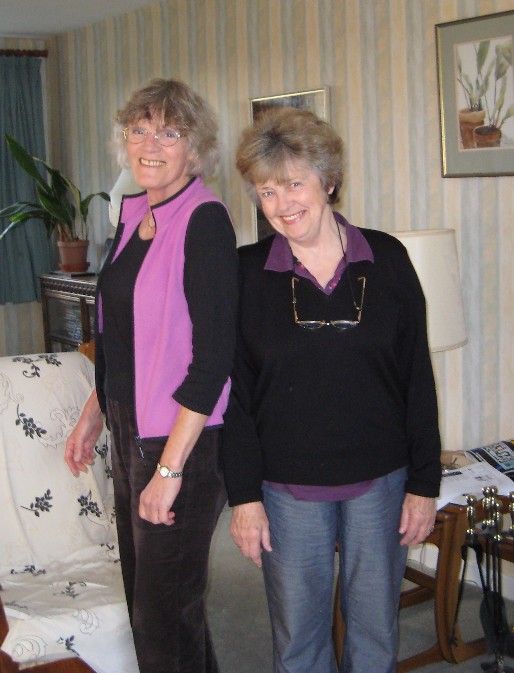 The Magic Door is the story of the boys of Standard Three in an elementary school who, with their teacher, the noble Mr. Rocket, travel into history by way of a magic door which opens in their blackboard. the boys meet Vikings, Romans, Druids and Alfred the Great and after some nail-biting escapades, always returned safely to the classroom ... except once! And yes, it is a well-disguised history lesson.

To us, the appeal of the book lay in its setting: an ordinary elementary school in an ordinary street; also, it was written for boys, whose adventures we much preferred. So many books for girls at the time involved a posh boarding school with improbable stories of tyrannical prefects and mysteriously tragic mistresses. Not our sort of thing at all.
Certainly The Magic Door opened a new door for us.

Yet the school story still had a pull. After all, we ourselves were pupils in Standard Three, and our teacher, the unforgettable Mr. Lee, had something of the glamour of Mr. Rocket with his famous 'nerves of steel'. As we discovered later, Dan Billany was himself a teacher in Hull. In his first version of The Magic Door, the teacher in the school is called Mr. Billany, and the thirty lads bear the names of his class at Chiltern Street School. It was the publishers' decision to change the names.

About twelve years passed, but we never forgot The Magic Door.Then two things happened: we re-read the book and realised that it was set in Hull. Then one of us found Dan Billany's  file dating back to the 1930's in the very office at the University of Hull where she worked. It was marked in red ink 'Died'.

Zoom forward another thirty years. Then in 1995, we decided that as a retirement project we would research Dan Billany's life, initially just to satisfy our own curiosity. We made enquiries locally and suddenly information came rushing in. We discovered that Dan had been an acclaimed novelist and poet before the war, had joined the East Yorkshire Regiment in 1940, fought in the Western desert, been taken prisoner and then mysteriously disappeared in Italy. Soon we made contact with Dan's sister, Joan Brake, and from that point we uncovered a remarkable and moving story, one that needed to be told in full. So our biography came to be written. Hull's Lost Hero was published in 1999, it had been waiting for over fifty years.