The Magic Door by Dan Billany

... Perhaps they were the noisiest set of boys you ever saw; or perhaps not, but they got more opportunity.

Dan's class, Standard Three at Chiltern Street School inspired The Magic Door, a story about a class of boys and their teacher, Mr. Rocket.

"What a foolish door-knocker that would be," said Mr. Rocket, with a gentle smile. "You mean - hold it up like that," he held up the little piece of metal, "and then bang it - so." He banged with it as he spoke, and then an amazing thing happened; as he moved the piece of metal twice forward, from empty air came two tremendous knocks, just as if he had knocked on an iron door. Mr.Rocket, who had nerves of steel, suddenly remembered a book he wanted for the next lesson and hurried to the cupboard to get it ...When Mr. Rocket looked round he saw an amazing sight. There, standing in the wall of the room and cutting through the middle of the blackboard, ... was a splendid door, made of shining green metal, with black scroll work on it, and a decorated archway round it, with precious stones flashing in the pattern of the decoration ... And with a grinding, creaking, squeaking, metallic noise from its enormous hinges the great door was swinging open. . . 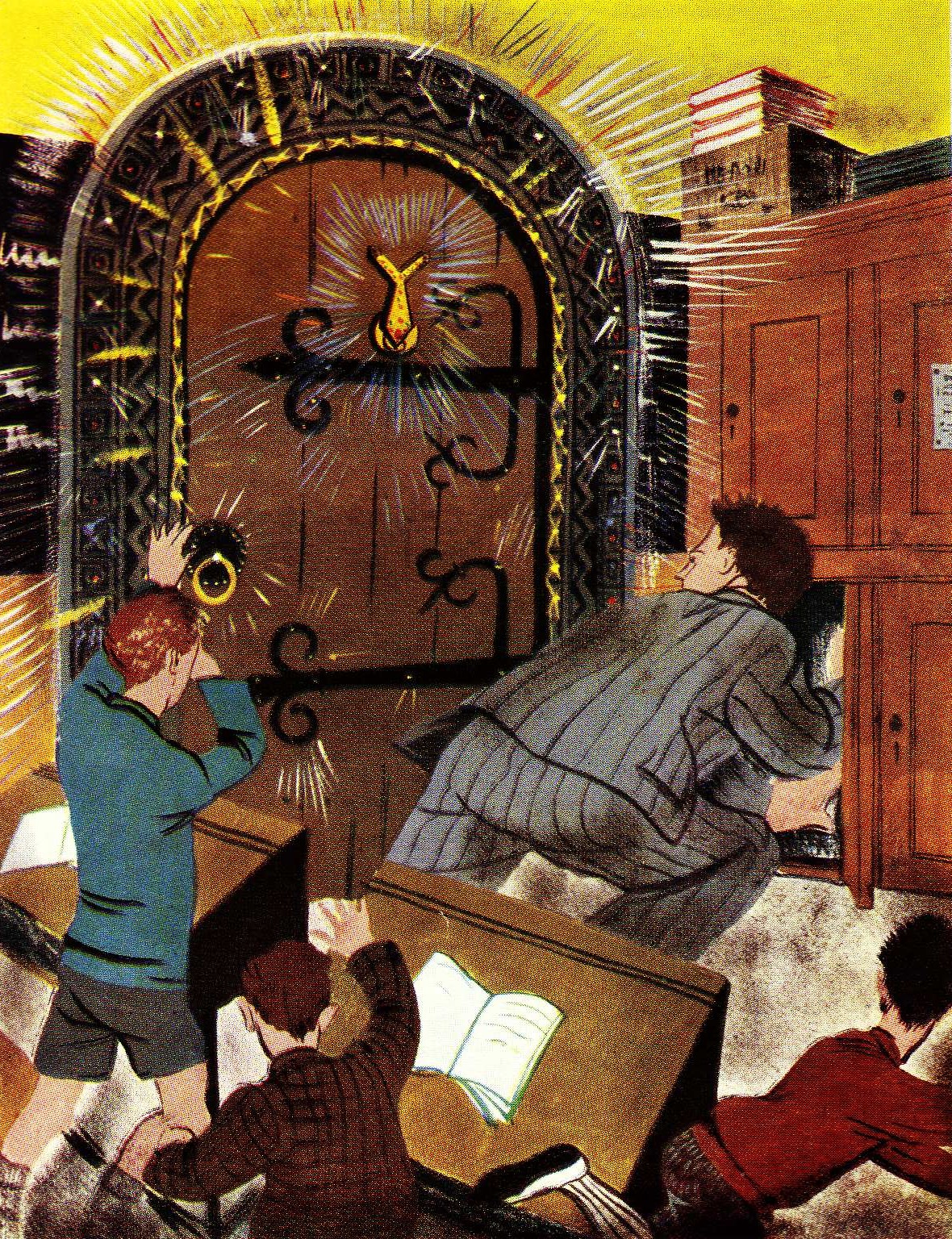 . . the arch shone a strange attractive light, through which strode swiftly and silently the figure of a boy ...From his shoulders rose two silver wings, which were so big they swept up level with his head and then down again almost to the floor. His heels were also winged - Mr.Rocket thought that was too much of a good thing - and he wore sandals of gold.
"What is your will?" he cried.
Mr. Rocket could not think of anything to say; and glancing doubtfully at his watch, he said: "Can you tell me the right time?"
"It's always the right time," said the boy . . .

The thirty boys of Standard Three in a well-known Elementary School accidentally come into possession of a doorway into the past. An old metal knocker picked up near their playground proves to have magical properties; wielded in the empty air, it bangs on and makes visible and tangible the door to which it belongs. Largely ignoring the warnings of the Winged Boy who acts as doorkeeper, the thirty boys go through the door and into stirring epochs of history.
Usually hampered but sometimes assisted by their magnificently un-heroic teacher, Mr. Rocket, (with his nerves of steel),they discover that the past is fraught with danger. 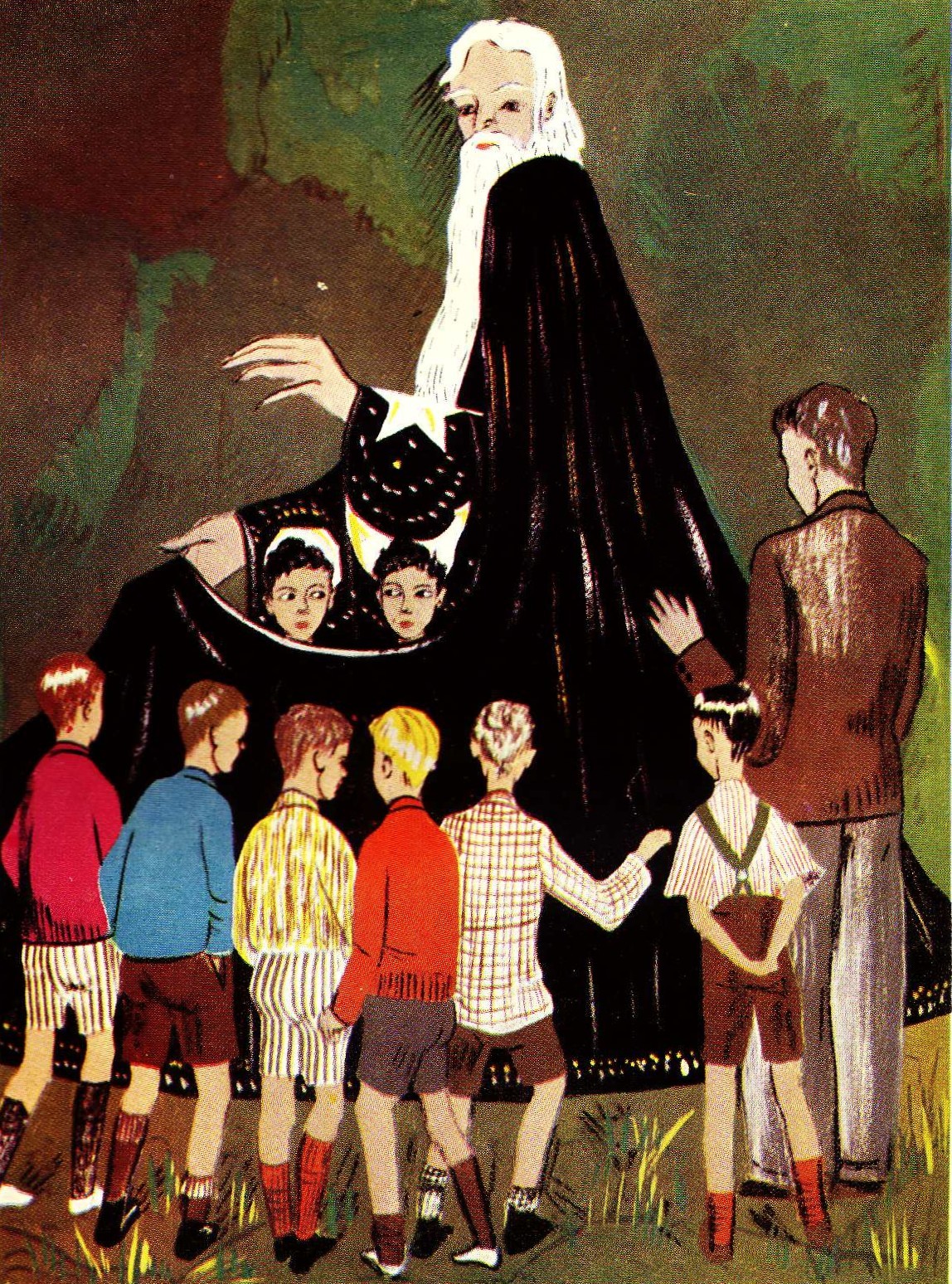 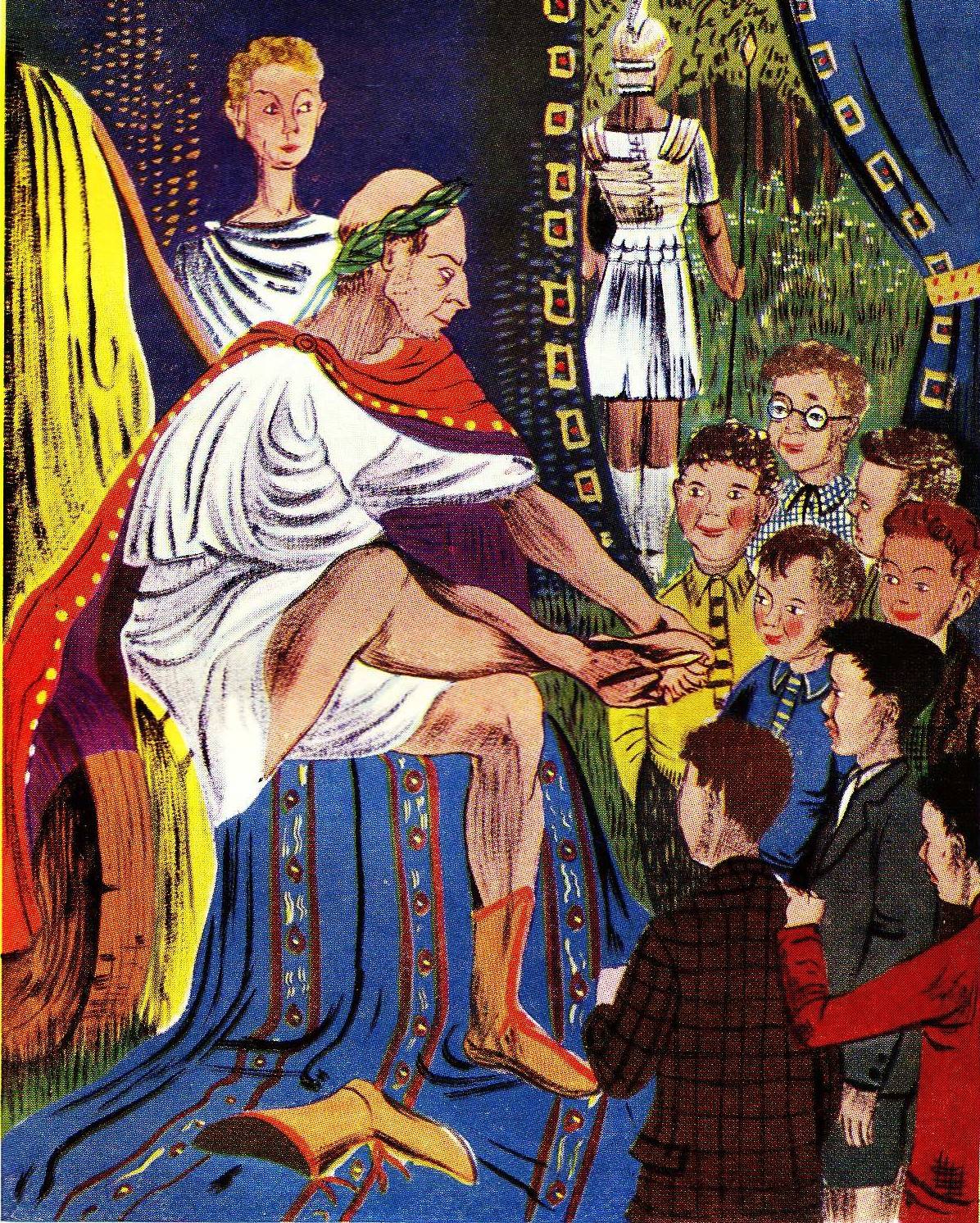 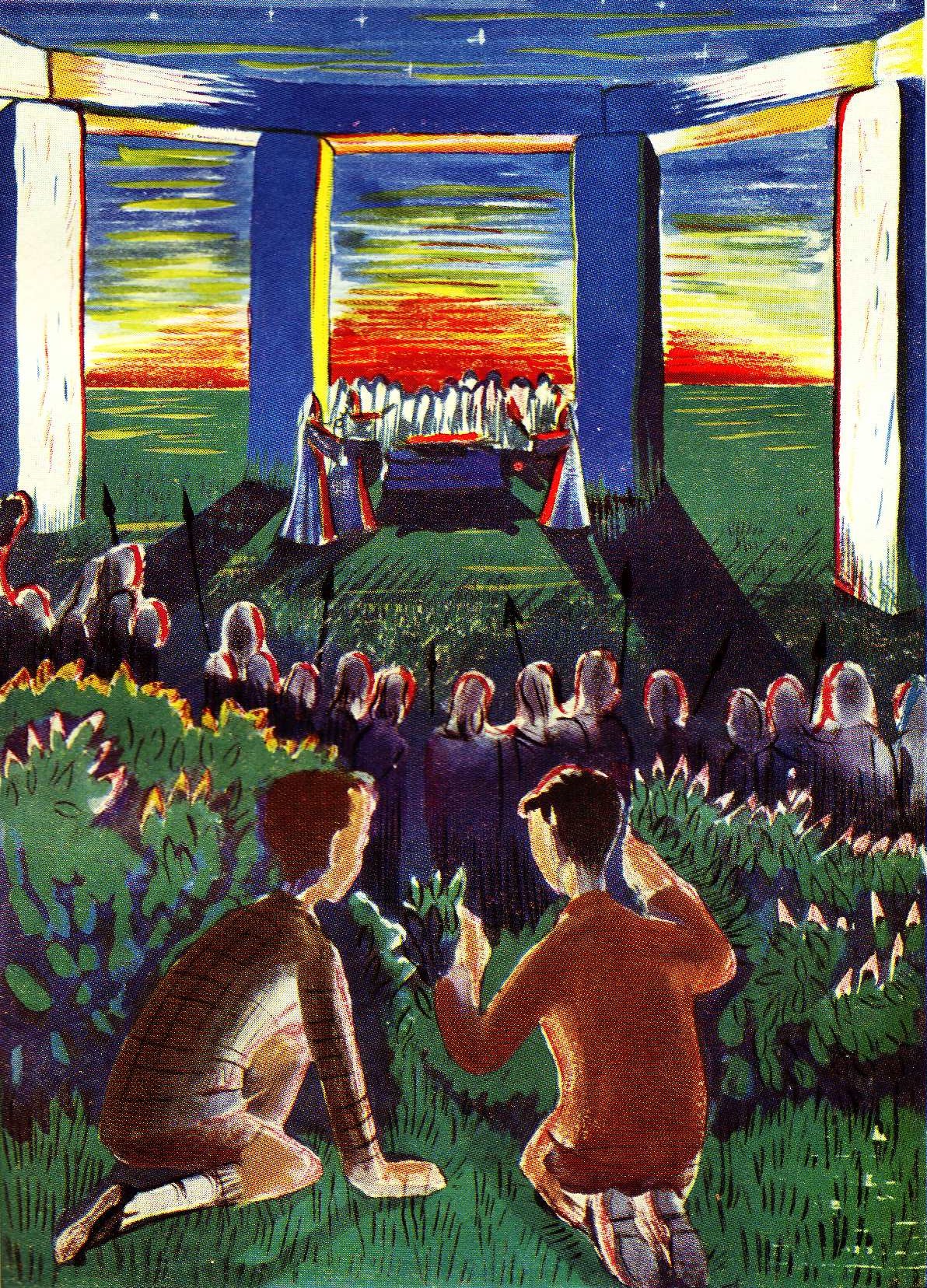 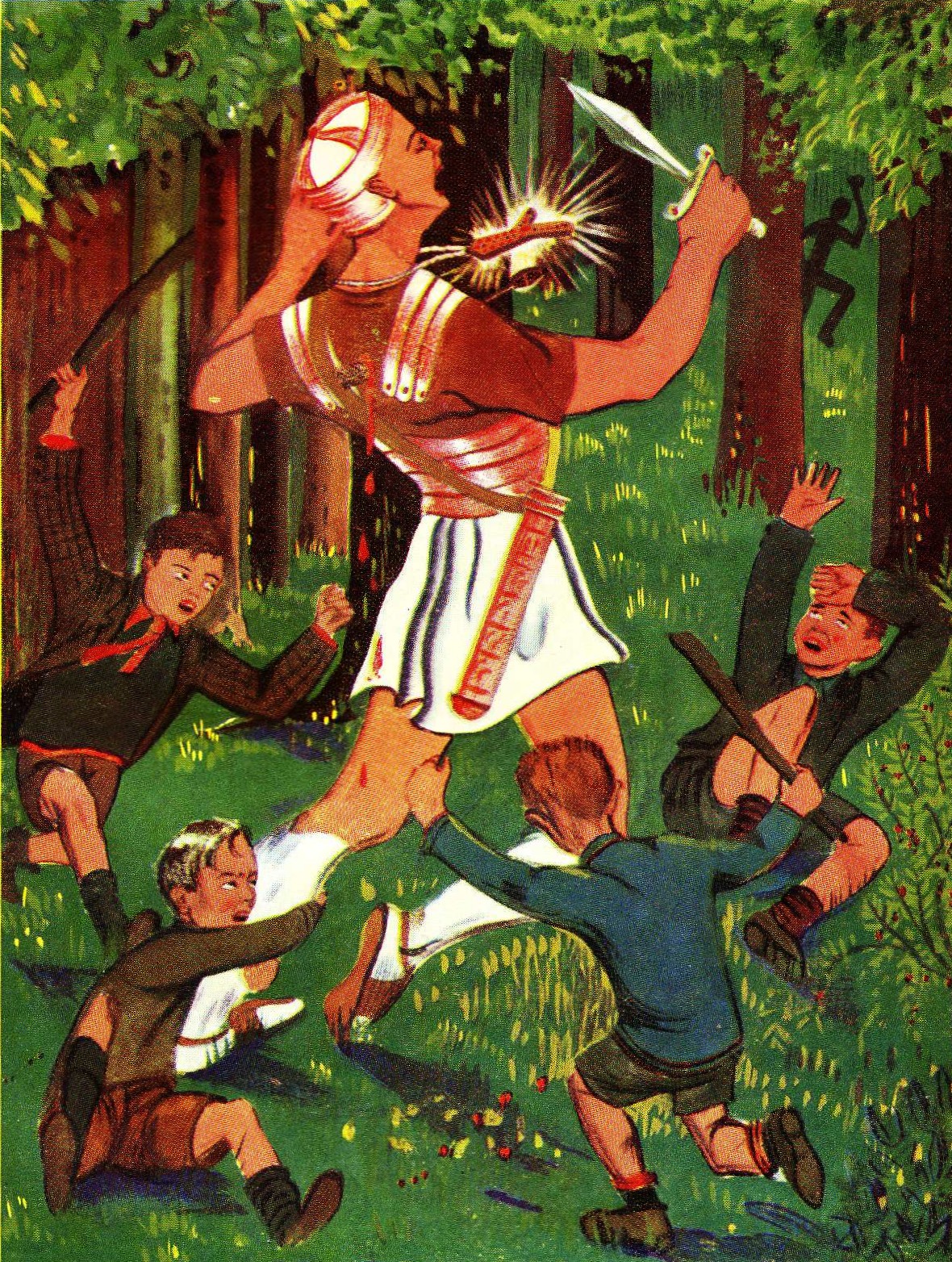 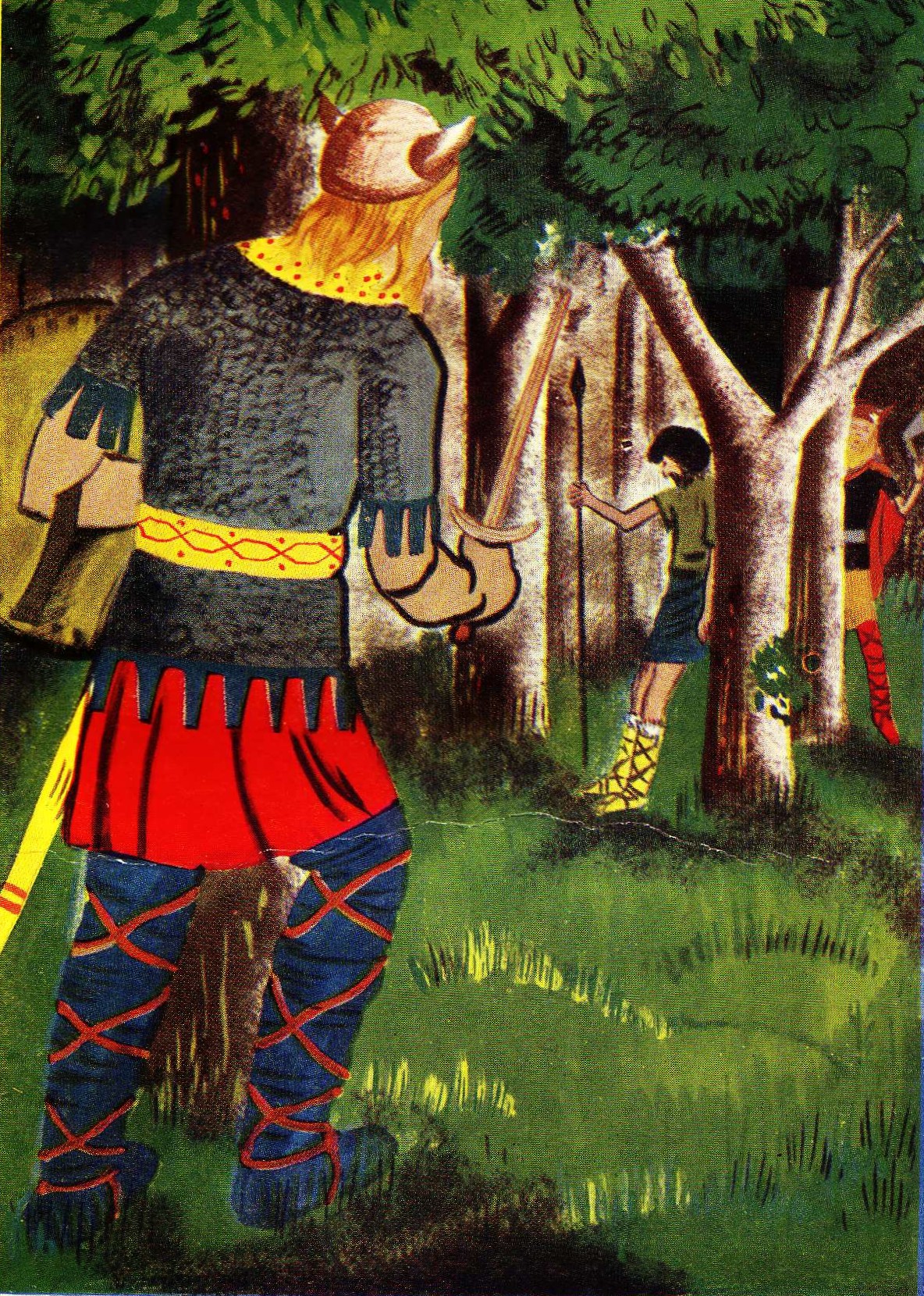 Behind the Magic Door the Winged Boy sits, his head resting on his hands, his wings folded on his shoulders. He is waiting for the sound of the knocker.